TO MY WORLD OF STENCILS

kunstrasen is a German stencil artist who derives his name from the German term for astroturf. In addition to a sly bit of wordplay, kunst=art and rasen=speeding in German, his chosen moniker is relevant to lots of questions in the art world today, relating to issues of authenticity, mimicry, and mass production. 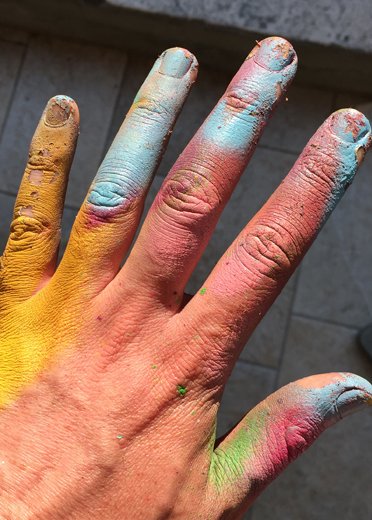 Born  in 1979 and growing up in the countryside in the south-west of Germany the desire for something else grew faster than kunstrasen did.

After finishing school kunstrasen moved to Canada and university in the UK followed. Studies and work in design did let grow the urge for something else again so the long time hobby of stencilism became profession.

After life taking several twists and turns kunstrasen is now back in the the area where he grew up and doing his art which probably is what he has been looking for in the first place.

Past shows and festivals:

2016 "It’s Your Hell, Not Mine" Solo Show with Street Art Place - Gaeta/Italy

I'm having a solo show starting on Friday the 19th of January 2020 with Neue Kunst Gallery in Karlsruhe/Germany. It's a bit of a retrospective on the past years which has been my first years in art and the first time I'm able to show my artworks in my home area. The starts of the 20's certainly is a good time to look back on what I've created so far.